WE VALUE OUR TEACHERS FOUNDATION

Gretchen was born in Grand Junction, Colorado. Vorbeck Wholesale Sporting Goods
was the name of her family’s third-generation- business. As a young girl, she understood
the positive impact their family business had on the community.
Gretchen opened her first business Inland Oceans, a fresh seafood market, in Grand
Junction. She and a partner later designed and built Logwood Bed and Breakfast in
Durango, Colorado. Gretchen also restored a 1924 Victorian home and four ​cottages
to become a second bed and Breakfast in Manitou Springs, Colorado.
​
​Throughout the years, Gretchen’s most rewarding work has been sharing her Roundtable Leadership Team Building Model with clients through her consulting business. Rather than a hierarchical structure, teams experienced the strength and synergistic creativity available when people with differing points of view work in unison to produce viable solutions while each member maintains his or her individuality and uniqueness.
​http://roundtableleadership.com
​Gretchen says, the fact her second and fourth grade teachers “saved her” is the impetus for We Value Our Teachers Foundation. She understands first-hand the value a compassionate and talented teacher brings to a child’s future.
​                                                            *click above "saved her" to read excerpt from Gretchen's memoir.

Cecelia was born and raised in Wyoming and loves the great outdoors.  She had a 4
year scholarship and attended the University of Wyoming.  She relocated to Tempe
Arizona and was hired as Director of membership for the Tempe Chamber of
Commerce. She soon became a Director of Sales & Marketing in the Phoenix market
for large hotels.(over 300 rooms and 20,000+ meeting capacity)   She relocated to
Prescott, Arizona and became the Director of Sales for the historic Hassayampa Inn.
In 2001, Cecelia began working for Carlson Hotels Worldwide. She was the Regional
Director of Sales and Marketing for 10 years in which her territory was from Portland
to Dallas. Her enthusiasm revolves around her 2 sons and their families, her husband
​​  and their 3 dogs,  hospitality, telecommuting/social media and organic foods.  Her book, "Working from a Home Office Successfully" can be found on Amazon.  She still works from a home office assisting businesses and nonprofits with marketing and social media.
AWARDS: Professional Career Woman award, Interstate Spirit award, Pineapple award, Golden Rose team award. Organized in 2010 Women in Lodging chapter for the state of Arizona. Member of Farm to School Program and Community Forest Trust Advisory member. Prescott Farmer Market Board of Directors in 2016. Member of Prescott and Prescott Valley chamber of commerce. 2015 Chairman and Communication Specialist for the Good Governance Committee plus facilitator of "Prescott WE Want" in collaboration with the Arizona WE Want. Producer of Musical Celebration Tribute for long time resident Elisabeth Ruffner induction into Arizona Women Hall of Fame. Nominated Women of the Year in 2016 by Prescott Area Leadership Organization. 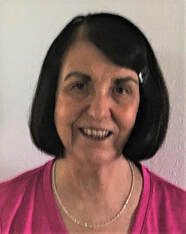 Sherry Baca
​
Sherry Baca’s professional career includes over 40 years as a mathematics educator.  She
was born in South Dakota but grew up in New Mexico where she graduated high school.
She attended Northern Arizona University receiving her bachelor’s and master’s degrees
with a double major in mathematics and history.   Moving to Prescott in 1972 she taught
mathematics for Prescott Unified School District starting at Prescott Junior High, moving
to Granite Mountain Junior High and ending up at Prescott High School.   Sherry taught
all levels of mathematics from General Math through AP Calculus and sponsored several
student activities including Mathcounts, 6th Grade Math Challenge Day, Pom Pom Girls,
Geometry Light Show The PHS Math Club and AP Calculus Camp.
In 1979 she was asked to serve as the PUSD district mathematics coordinator in addition to her regular teaching duties.  This gave her responsibility for textbook adoptions, curriculum revisions, and professional development.  In 1983 she returned to NAU to receive her supervisor and second school principal credentials.  In 1992 through a grant from the Arizona Department of Education, AZ rural counties were encouraged to establish consortiums to provide professional development for mathematics and science educators and support for student programs.  In Yavapai County Sherry was named the director of this consortium - the North Central Arizona Mathematics and Science Consortium (NCAMSC).  But she never moved out of the classroom; she continued to teach classes in addition to these administrative duties because of her love of teaching.  Sherry retired in 2014, but still does private mathematics tutoring for high school and college students.  She is strong advocate for life long learning and for helping students reach their full potential.
Sherry has been a member of numerous professional organizations holding office at the national, state and local levels, e.g. President of the Arizona Association of Teachers of Mathematics, Historian for the National Council of Presidential Awardees in Mathematics, and Representative to the Mathematical Sciences Education Board in Washington, D.C.  She has taught courses in mathematics, computers and teacher education for Yavapai College, Prescott College, ERAU, NAU, ASU, the Math Learning Center at Portland State University, and Teachers Development Group.
Awards:  Presidential Award for Excellence in Mathematics Education for the State of Arizona, U.S. West Teacher of the Year for Arizona, State Farm Good Neighbor Award for Innovative Mathematics Teaching, Toyota T.I.M.E. Award for Mathematics Excellence, Tandy Technology Scholar, Yavapai County High School Teacher of the Year, and NAU Distinguished Alumni.    ​ 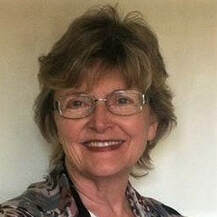 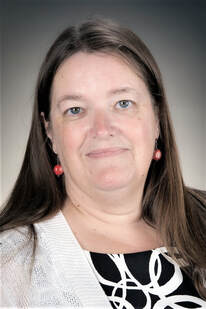 Robin Layton
​
Robin Layton is a Maryland native who moved five years ago to Prescott Valley with her
husband Chuck. She was a journalist for 28 years and is currently the development
director for Yavapai Big Brothers Big Sisters. She and Chuck have two adult children
living in Maryland and Europe. They also cater to two Australian Cattle dogs who treat
the family cat as their little sister. Hiking and exploring are among the favorite hobbies
for the couple and their furry kids.
They each volunteer as a Big Sister and Brother to two community children. Robin is a
freelance writer and publication designer for Yavapai College, a writer for Kidz Zone
Magazine, and also served on the board of the Yavapai Food Council.

Judy was born in the Chicago area where she enjoyed a small-town life with the city
minutes away – the best of both worlds! She spent most of her adult life in
Washington, DC and Northern Virginia with a stint of four fantastic years in Rome, Italy.
She has worked in many fields including art, program planning for a
quasi-governmental agency,  and in membership and legislation for the National
Federation of Business and Professional Women Clubs, Inc. (now BPW). In education,
she has been a transliterator/interpreter for individuals who are Deaf/deaf or Hard of
Hearing, a graduate school instructor of Cued Language, and a high school English
teacher in general and special education where students spoke 67 languages.
​Judy retired in Prescott in 2012 and feels this is where she belongs. She is involved in
​many community activities and as the Communications Director for the non-partisan League of Women Voters of Central Yavapai County (LWVCYC) and a Local League Director on the state board, her primary focus is on educating voters and coordinating with other organizations to work on issues of importance to Prescott and surrounding communities. Judy considers herself a facilitator with special interests in education, environment, and social justice.
We Value Our Teachers Foundation is a Qualifying Charity under Arizona tax laws. (EIN # 81-2852114) This allows a single person to donate up to $400, or a couple to donate up to $800, and receive a tax CREDIT for the full amount of the donation on your Arizona income tax. To read more about how you can contribute click here.
​
To donate directly though Paypal click the Donate button below:
Donate and support We Value Our Teachers Foundation:
WE VALUE OUR TEACHERS FOUNDATION